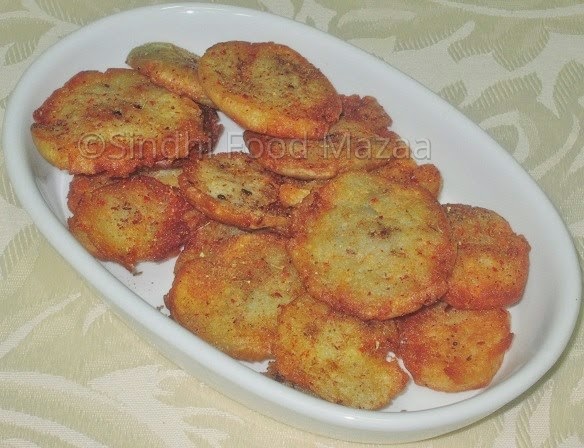 In the Sindhi Cuisine there is a popular preparation of crispy double fried potato slices known as Tuk Patata or Alu Tuk .. This is similar to that but made with arbi or arvi which is known as Kachalu in Sindhi language. They are known as Colocasia or Taro root in English There are two ways of making this. You can either boil the kachalu and them press them flat and fry to a crispy texture or you double fry them, i.e. First half fry the slices and keep them covered in a closed container. This makes them soft and then you press them again to fry for the second time. I always prefer the second option as that is actually the traditional way of frying the Tuk . In Brazil we get lovely kachalus which are quite large in size like potatoes so I got nice and big slices.  If they are smaller you can make two halves length wise. These make a perfect accompaniment with dal chawal / kadhi chawal / sai bhaji pulao 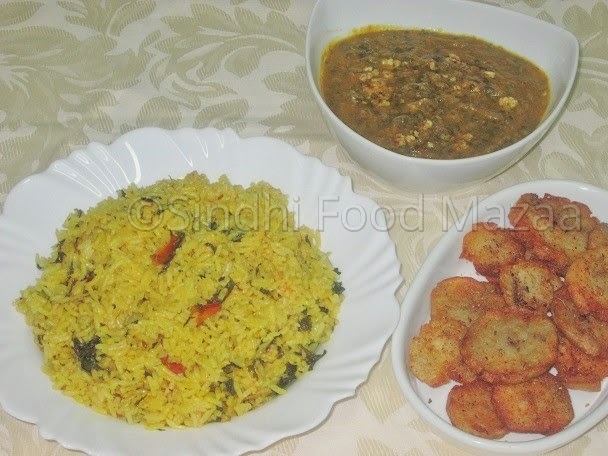 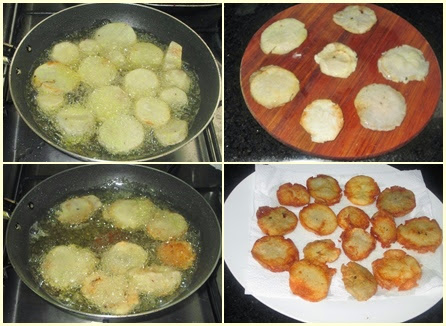 Method:
1. Peel the kachalu / arbi and cut them into thick round slices about half an inch thick. If they are small you can just halve them length-wise.
2. Rub salt on them and deep fry them until half done taking care not to make them brown.
3. Remove them in a container with a lid and set them aside.
4. When you are ready to serve the food, heat oil for frying themagain
5. Take each slice on a flat surface and press it with your palm to flatten it.
6. Fry them on medium flame until crisp and crunchy.
7. Sprinkle the mentioned masala powders on them.

You are our guest number: